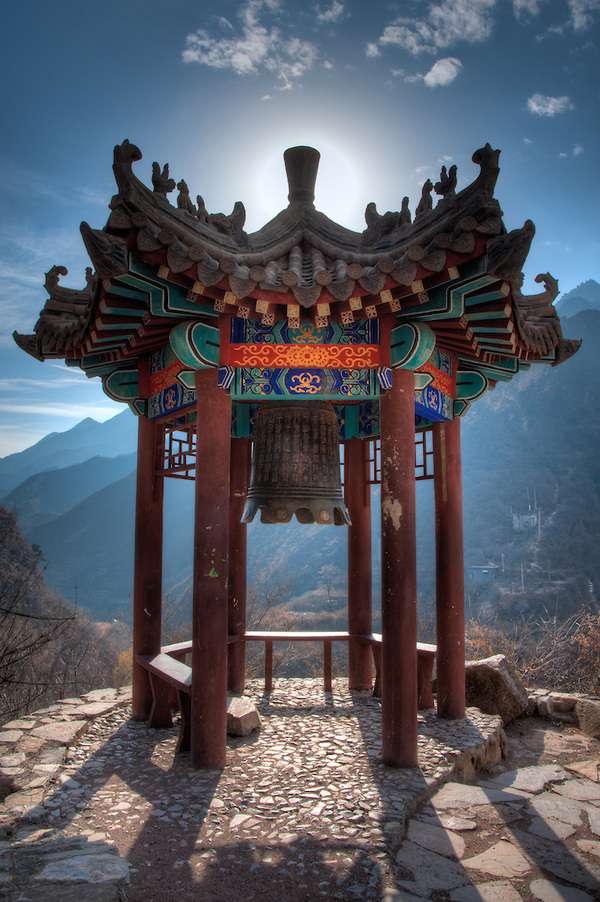 Cuandixia is a small village not too far from Beijing, China. It’s roughly 90km from central Beijing, but takes about 3 hours to get to by car. It’s actually considered part of the municipality of greater Beijing, giving testament to just how large that city is. Venturing out on day trips is relatively easy in Beijing, with plenty of resources available. And it allows you to encounter things like this lovely Cuandixia pagoda.

This village was founded during the Ming Dynasty, sometime in the 1400’s, and many of the original stone structures still exist today. Cuandixia has become somewhat of a tourist attraction lately. Fortunately, the village has not exploited it’s recent popularity and become commercialized. The dozen or so families that still live in Cuandixia make a modest living with farming and simple tourism options. A few of the courtyard homes have opened themselves up to host hikers that choose to stay overnight.

I ventured to this small village when I was looking for day trips to do while living in Beijing. Cuandixia was within reach for a journey that could happen easily in a day. Most of it was spent on the road going back and forth, but once I was in the village there was a lot to explore. Most of the buildings were built on the side of a hill, so there was a lot of climbing to do. The majority of structures were vacant, as the families have long since moved on, and the neglect was beginning to appear.

The Cuandixia pagoda shown in this post was located at the highest point in the village. It was interesting to see how this pagoda was brightly painted, considering that the majority of other buildings in the village of Cuandixia were unpainted and blended into the colour of the mountain side.

Where I was standing, as I point my camera at the Cuandixia pagoda, it was directly towards the sun. Ordinarily, taking a photo in this direction would yield a silhouette of the structure, which is not what I was looking for. I needed to get an exposure that would allow me to see the brightly coloured wood in the pagoda. My own eyes could see the shadow details, but I would need to control my camera to see what I saw.

In cases like these, I needed to shoot more than one exposure. I shot three photos all from the same location, that allowed me to capture all the shadow detail, the ‘normal’ ambient exposure, and the brightest parts of the light. Later, when doing the post processing, I would blend the three photos into one final image, taking only the important parts from each exposure. This process is known as Tone Mapping, and utilizes a theory of High Dynamic Range (HDR).

The basic principle is that the human eye is capable of seeing a much wider range of tones from dark to bright than what our cameras are capable of seeing. Using the tone mapping blending techniques, it allows us to extend the visible range so that it looks similar to what we see with our eyes. I won’t go into the specific details about how I blend the photos, yet. But I can tell you that the photo above would not be possible without using HDR processing.

If you’re interested in exploring Beijing, and even getting out to see the Cuandixia pagoda, check out Private Photo Tours, for some personalized photography experiences in China, and beyond.