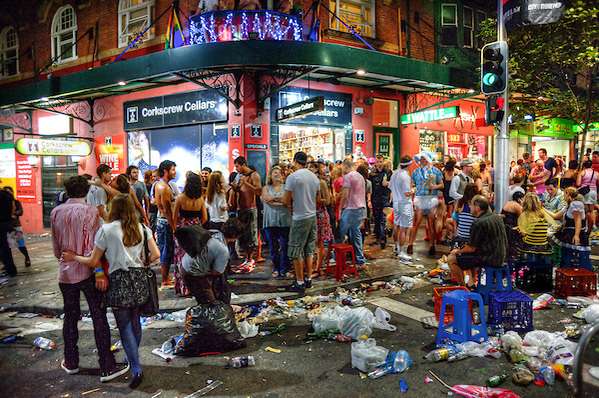 The annual Mardi Gras festival in Sydney, Australia is an event that you just can’t imagine, until you actually see it happen. The Mardi Gras parade that runs through the main streets in Sydney’s Gay district is the culmination of a week’s worth of wildly popular events. Mardi Gras remains one of Australia’s biggest tourist draws, with more than a million visitors attending the events, parade and parties. The amount of money that is dropped into the economy of New South Wales state is staggering.

The Mardi Gras parade and festival originally started as protests in support of the LGBT community in the late 1970’s, when Gay rights were non-existent in Australia. Many protesters would be arrested during these early demonstrations. Even today, the parade still has many political entries, but they reflect current issues like marriage equality. And unlike the early days, police are now participating in the events, showing their support with the change in social mores and attitudes toward the LGBT community in Australia.

One of the great things about the Mardi Gras parade is that it takes place at night. Since the parade occurs during summer in Australia, having the parade at night is a welcome respite from the often unbearable heat. Many of the floats and marchers will use the darkness to their advantage, and light up their parade entries to make themselves more visible and festive. Of course it brings along some photography challenges, so read up on shooting in the dark.

The Mardi Gras parade is one of the more anticipated events in Australia’s summer, and viewers even participate from the sidelines. Many viewers will dress up just to feel part of the event. Parade marchers will encourage the viewers to become involved by playing to the crowds. Of course, a great deal of viewers will be drinking before, during and after the parade, adding to the atmosphere.

After the parade was over, and the barricades started to come down, the viewers would start wandering all over the parade route and begin to fill in the local bars and pubs. As I wandered down Oxford street, I was getting lots of great photos of the party that never slowed down. I came across one bar that had dozens of patrons spilling out into the streets, enjoying themselves. I shot several images of this crowd, and to me it sums up the whole evening.

What I particularly like is how you can look at the photo for a while and see many different stories. There are so many people in the group, but they are all in their own world. I didn’t realize until later that there is a man in the photo wearing a diaper. You don’t come across that every day. 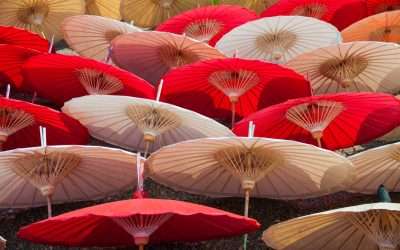 Bo Sang Umbrellas are world-renowned, and part of an annual festival in the small village of Bo Sang, not far from Chiang Mai in northern Thailand.

END_OF_DOCUMENT_TOKEN_TO_BE_REPLACED 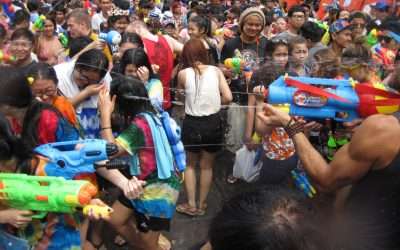 Thailand’s New Year’s Water Festival can be quite fun. But for the beginner, it’s good to read through my five tips for Songkran for Newbies.

END_OF_DOCUMENT_TOKEN_TO_BE_REPLACED 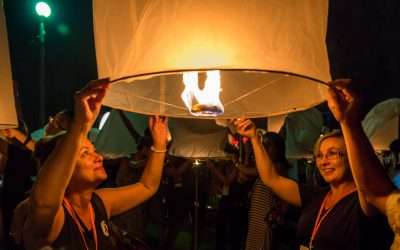 The Yi Peng Festival is one of the most visually stunning spectacles in Thailand. If you’re in Thailand in November, you must check it out.