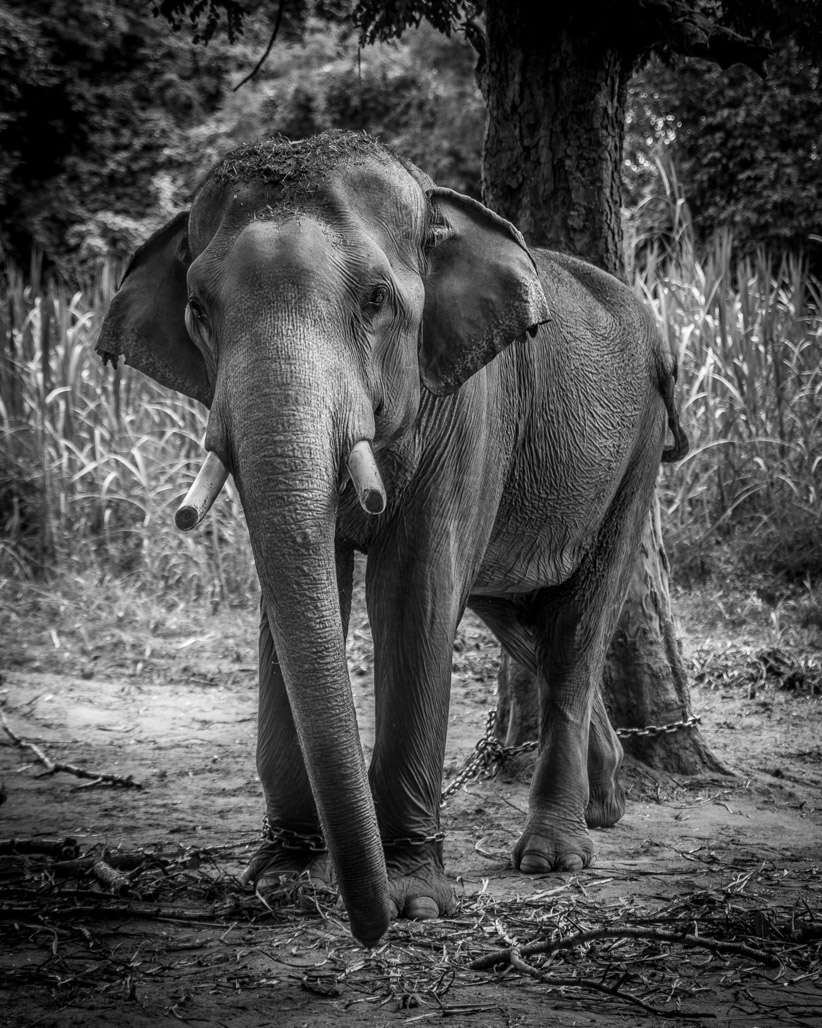 Thailand has had a long history with elephants, lasting many centuries. The large animal is so beloved in Thailand, that it’s the de facto symbol of the country, and even the brand of a popular beer. The Thai royal army includes an elephant in its emblem, and a white elephant signifies royalty. Yet today, many live as Thailand’s pet elephants – a very different life than they had even one hundred years ago.

The Asian elephant that inhabits northern Thailand, Myanmar and Laos, is smaller than its African counterpart. The body is not nearly as big, nor are the ears. This helps the smaller elephant maneuver around the forest where they have lived in the wild before civilization moved in. There are probably a few thousand wild elephants still living in the remote forests southwest of Chiang Rai.

During the last century and before that, elephants in Thailand were captured and domesticated. They were trained to fight in wars with neighbouring countries, and help with the forestry industry. Back before large trucks and the roads they needed, elephants were the best possible way to move logs from the forests into the mills for processing. An elephant could easily move several hundred kilograms of timber many kilometres without much effort.

But today, elephants live a simpler life. Most domestic elephants living in Thailand are used to entertain tourists. In a way, it’s sad to treat these grand animals like carnival rides, but in other ways, it’s better than most alternatives. I don’t encourage people to take rides on elephants, although I understand the appeal.  For many elephants, this is the only ‘job’ they still have. If it keeps them fed, then I guess that’s the way it has to be.

There is a small community in northeastern Thailand called Ban Ta Klang that boasts the largest number of ‘pet elephants’ compared to anywhere else. This village in the province of Surin has a little over 200 domestic elephants that belong to the residents. But as pleasant as it sounds to have an elephant as a pet, it’s not quite the same as having a few dogs or cats. Considering how large and potentially dangerous these animals can be, most are chained up the entire day.

Each of Thailand’s pet elephant would have a master or trainer (mahout) that cares for it, so it’s not all bad. They are fed and bathed on a regular basis, and they are taken for walks. While it’s still sad to see them chained up by the ankles, I guess I appreciate the safety it affords me. The village elder told me that they are chained up so that they don’t wander off to neighbouring farms and eat the crops or destroy them. I guess that makes some sense too. 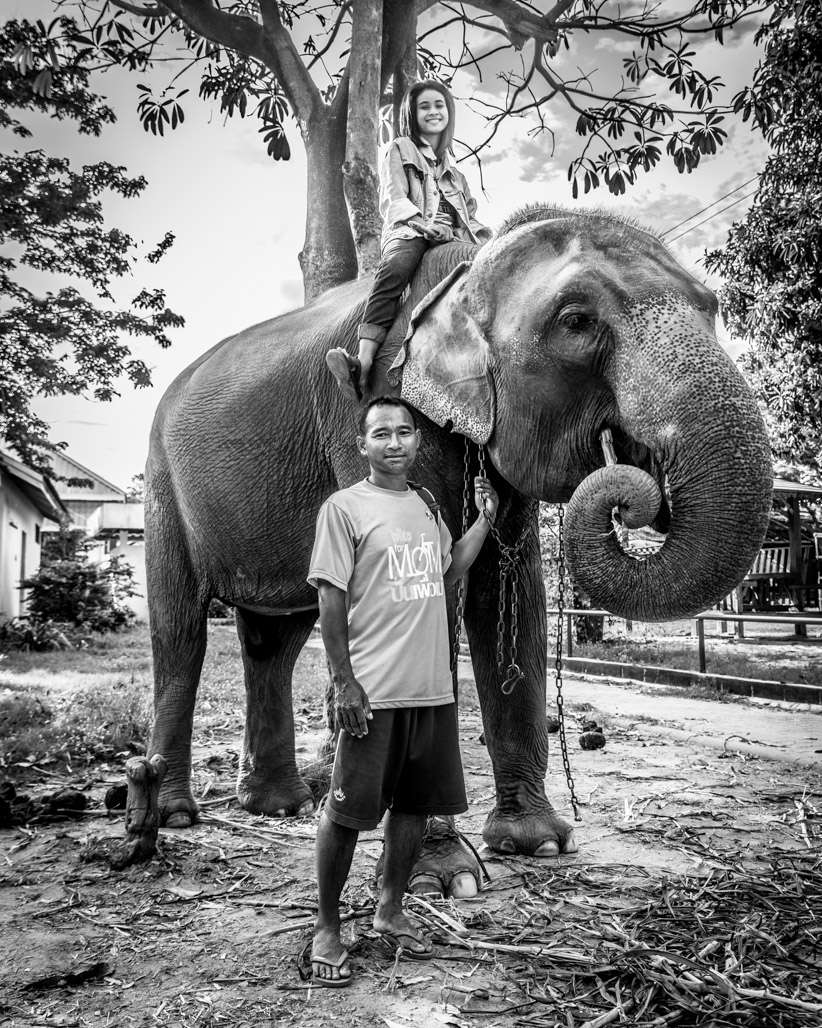 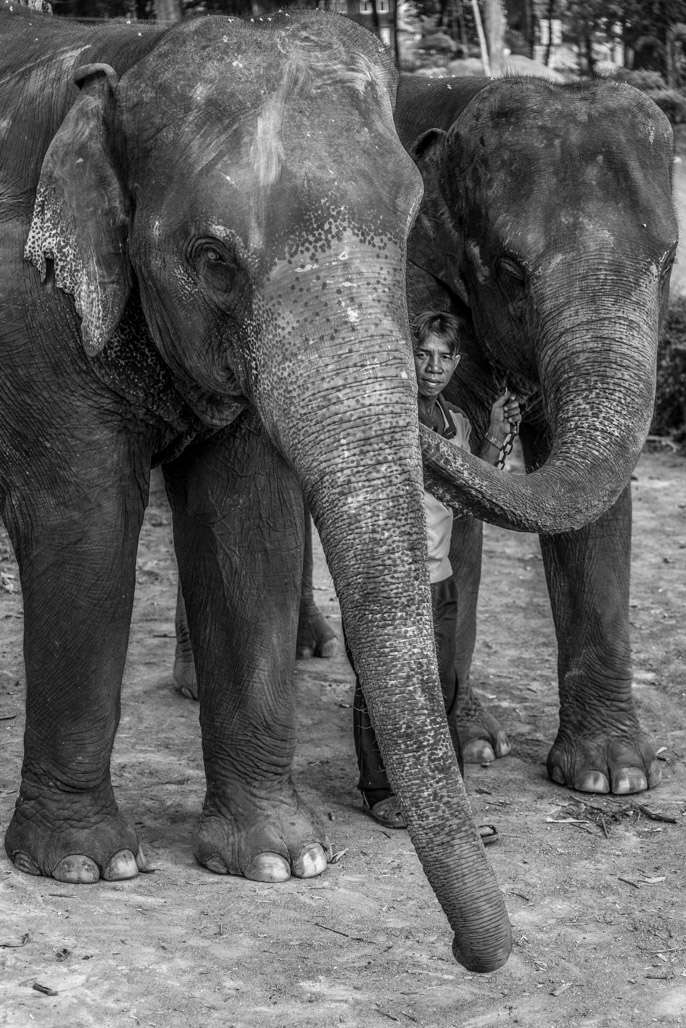 When I visited Ban Ta Klang, I saw many of these impressive animals. Without exception, they appeared to be well taken care of, and each mahout I encountered seemed to truly love their pet. Many of the animals were used to give rides to tourists, or perform some form of entertainment in the nearby ‘circus’.

The animals can outlive humans, if they are cared for properly, and they are often handed down through the generations. I met one such family where the father was training his daughter to become a mahout, because his elephant was pregnant. She would take on the role of caregiver to the young elephant, and raise it to become a happy pet that contributes to the community like its mother.

Further Reading
To read more about these amazing animals, and the community they live in, read Randy’s story on his blog: Thai Village Proud of Elephant Pet Tradition

← Prev: Looking Back at the Forbidden City Next: The Kayan People →