The Falls at Klungkung, Bali 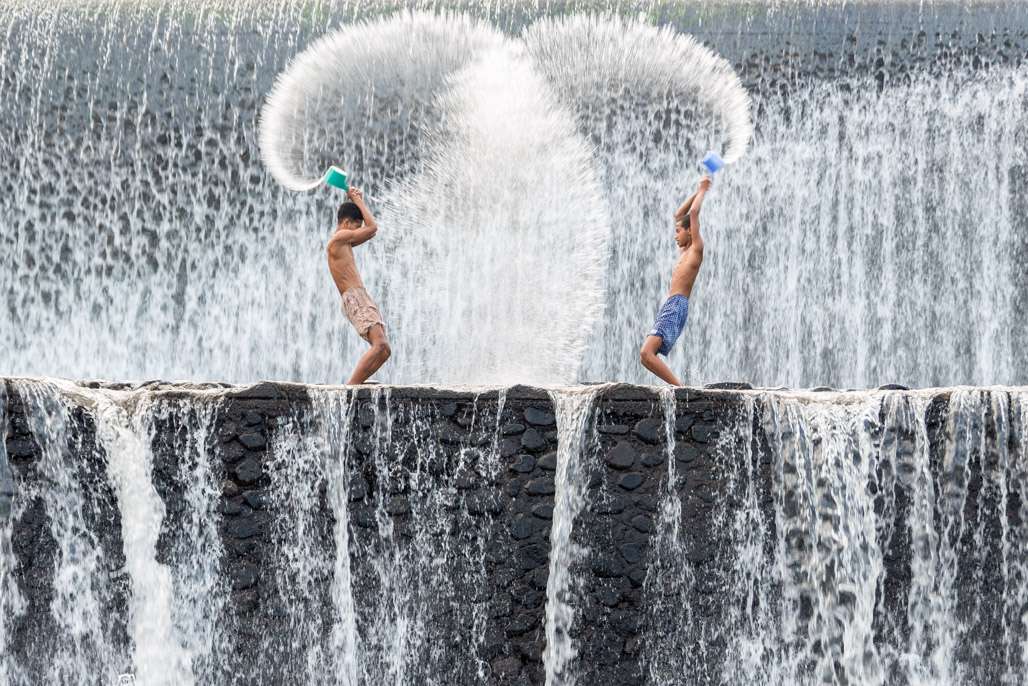 Visiting Bali is something everyone should do at least once in their lifetime. It’s truly a special place, and very unique among its neighbouring provinces in Indonesia. Every time I’ve visited this island, I’ve come away with new experiences and photographic treasures that form lifetime memories.

During my recent adventure there, I visited a popular spot for photographers. This location has become increasingly well-known, due to social media, photography sites and the like. But that didn’t stop me from wanting to visit the spot to obtain my version of the photographs that are fun, clever and entertaining.

The location I am referring to is a man-made waterfall, created by some weirs on the Tukad Unda river, in Klungkung province. It’s not too easy to find, unless you know the exact location coordinates. If you ask a local guide, they may not understand what you’re referring to, despite it’s popularity with photographers. (GPS: -8.534788, 115.411314) 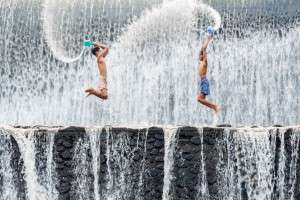 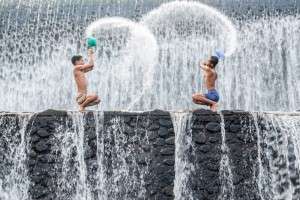 When I arrived there in my rented car, I was instantly swarmed by a small group of kids waiting at the roadside. They knew what I was there for since I was not a local, and there is no other reason to drive down that side road, except for taking photos. They led me further down the alleyway, riding ahead of me on their bikes. I parked my car, and then began negotiations.

The kids that ‘run’ this site will pose on the falls, for money. When I was first researching the photo online, I read in several blogs that the kids would perform on the falls for about 10,000 IDR (about $0.75 USD), but I quickly learned that their price has jumped to 50,000 IDR per kid – which is still a bargain, I think.

I agreed to hire 2 kids for my photos, and one ‘wrangler’ that would assist me to get in position in the river below the falls, and direct the kids on the falls. After about 15 minutes of shooting, it became a bit repetitive. I stood knee-deep in several locations in the flowing river, with my tripod holding my camera steady. It’s important to use a reasonably high shutter speed, in order to capture the action of the tossed water. It was trial-and-error for most of it, but I am pretty happy with the results. The next time you’re in Bali, make an effort to check these falls out. It won’t take up too much of your time when you’re there, and the photos are pretty fun. It’s a great memory of Bali, unlike most of the beach photos we typically see. 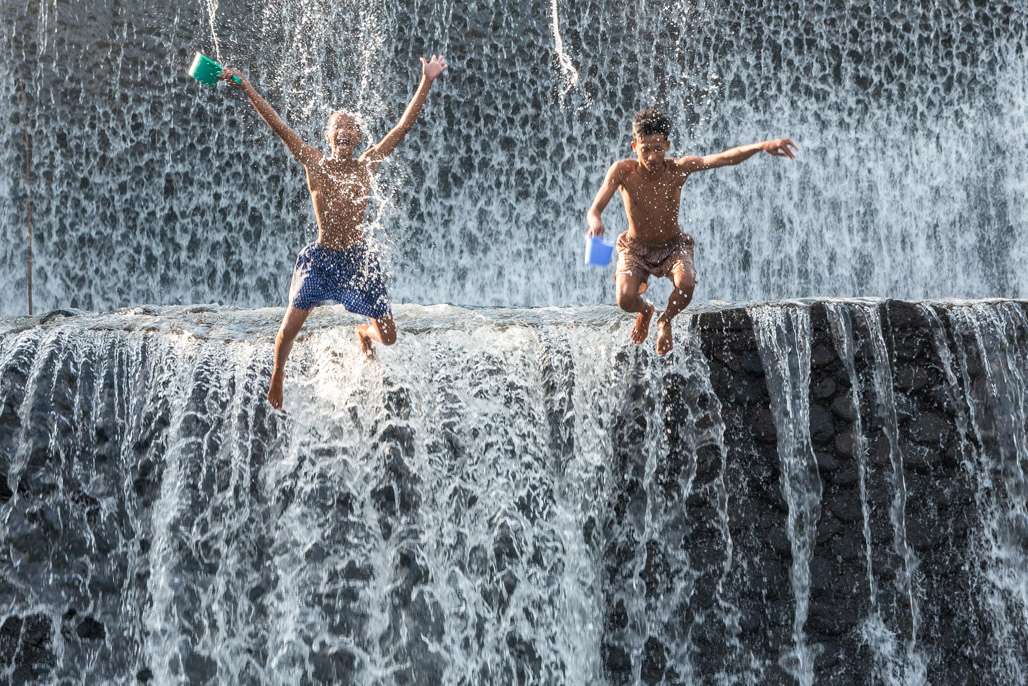 ← Prev: A Close Shave in Hanoi Next: George Town Art →

Train Travel in Sri Lanka is a great experience when you visit the island. Read about the photo taken by Ian while on a train in Sri Lanka.